The United States is responsible for a number of breeds recognized globally. Some may be obvious (i.e. Boston Terrier) and some are not so obvious (i.e. Australian Shepard). Selective breeding has been performed in the United States since the birth of this country. Typically, a dog was bred for a certain purpose or task. Some were intended for companionship while others were designed for herding and hunting.

Mainly dogs were bred for rural living and they earned their keep just like any other member of the family. Some American hunting dogs include: Redbone Coonhound, Plott Hound, Black and Tan Coonhound, Leopard Hound, Blue Tick Hound and Treeing Walker Coonhound. If it’s not obvious these dogs were bred for the purpose of tracking and hunting. This helped people living in rural areas acquire a side income as pelt and meat was sold to local stores.

The United States is also responsible for two well-known herding breeds, the Catahoula Leopard Dog and the Australian Shepard. Both dogs bond very closely with their owners, are weary of strangers and enjoy spending their time herding sheep, ducks, and sometimes children.

Few dogs were bred for companionship in the states. They include the Boston Terrier and Alaskan Klee Kai. The Boston Terrier was created by selectively breeding for smaller bulldogs, these offspring were later crossed with French Bulldogs. The Alaskan Klee Kai was bred as a companion alternative to its larger counterpart the Husky. They were meant for people who loved the look of Huskies but in lap dog form.

A recently recognized breed, the American Hairless Terrier was created unintentionally by Rat Terrier breeders who produced a hairless puppy. The owner named her Josephine and then bred her until she produced more puppies with the mutation. This dog was bred merely because the breeder wanted to see if it could be done. In 2016 the first American Hairless Terrier was able to compete in dog shows as it was recognized by the American Kennel Club.

The United States is a relatively young country. Despite that, we have managed to create many vastly different breeds for a variety of purposes. These breeds have become a part of American history and it’s important to remember that they too helped mankind build this country by loyally contributing to their owner’s needs. 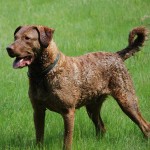 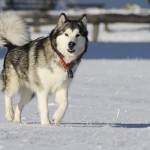 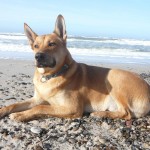 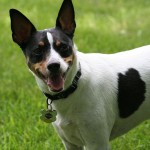